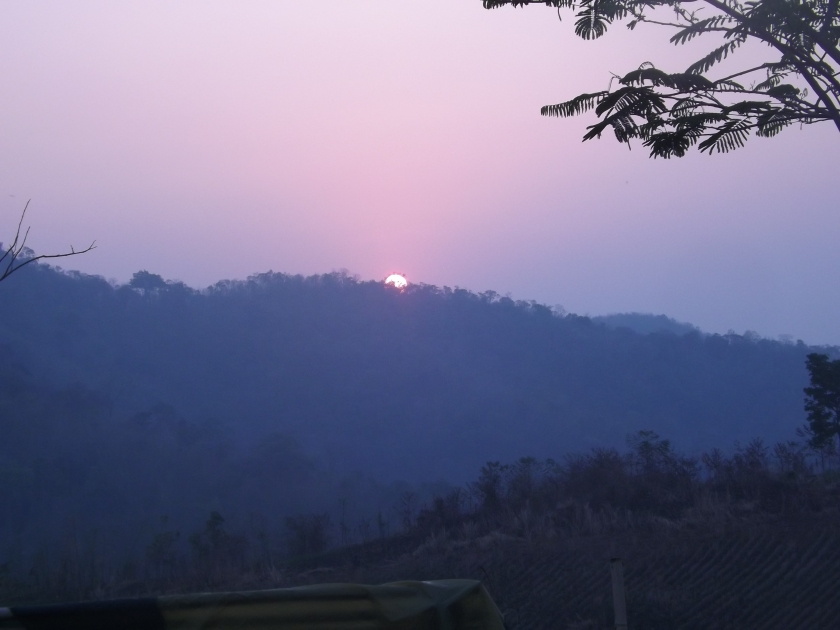 Almost eighteen months ago, I departed for what my friends & family referred to as “The adventure of a lifetime”- I however, rejected that labelling, but only because that implied I would probably never do it again.

On the first of March, after around an hour sleep, I departed from Heathrow to explore the other side of the world-namely, Southeast Asia and Australasia, and maybe a little of the USA too. It was my first time leaving the continent, and definitely my first time travelling alone. I think my family were more terrified than me though, but it’s difficult to remember how I was feeling, other than very sleep deprived.

I had spent the last six months planning this trip, with not a single clue of ‘how to do it properly’. The plan was just to get away from my home town of Norwich for as long as I could, so I booked a flight to Australia. I had a few friends who had moved there for a while, but I didn’t want to stay there as many people often do, instead I wanted to explore Asia a little, but I figured two weeks in an English speaking country will get me well-used to being myself.

I was first invited to go travelling with some of my friends, but had to pull out due to monetary reasons. Several months passed, and I was deeper, deeper into my rut. I worked 9-5 at a job in social services where I was shouted at over the phone by disgruntled old people for other people’s mistakes, I was struggling to find a new place to live so I was forced to move back in with my dad and I was feeling extremely lonely. I have had depression since I was fifteen or so, and formally diagnosed when I was 18, but only once have I ever been on any medication and since then I was determined to fight it with what I had, but I was losing.

When I think of low points in my life, this was probably like, number two or three. Not the worst, but still, pretty bad. I felt lost and most importantly, defeated. The threat of suicide has always been a mountain that has loomed over me, and every day was a battle to overcome that mountain.

Luckily, I did have a couple of friends who kept me from doing anything rash, and I will always be thankful for that and them, but when one of them said he was glad I wasn’t going away anymore, well it got me thinking, “Why shouldn’t I go?”

I had missed out before, and I was feeling worse and worse. So I got to work on it immediately, a few days before I told my dad, who I knew would be terrified for me, because I was going to be the first person in our whole extended family to visit Asia or Oz. I started mapping out where to go, then decided to go for tour groups, so I wouldn’t be alone. Of course tour groups vs solo travel is always a debated topic, but I knew I was making the right choice, and my family were incredibly relieved.

I booked a trip with Xtreme Gap that would take me throughout Thailand, Laos, Cambodia, Vietnam and lastly, New Zealand. I also book-ended the trip with Australia, a few islands in Indonesia, Singapore and Malaysia, finishing off with a trip to the States.

I barely knew what I was doing, I was pre-booking flights and hotels like a mad-man, which I know alot of people have told me “Isn’t the right way to travel” (and believe me, some of them have been very vocal about it!) but it seemed to work out for me, and it made my parents much more relaxed when they knew my itinerary.

It was snowing when I left London, but in Australia, it was approaching 40 Degrees Celsius, and it was beautiful. I chose Darwin, because of it’s proximity to Indonesia, and again, the purpose was only to assimilate myself to this new life, not to explore Oz (Although now I definitely want to do that). My time in Oz was a lonely one. I had booked a hostel, but after they closed unexpectedly due to a power outage, I had to book a hotel one week, and a different hostel the other, which is weird, but also short notice. I spent alot of time that first week on my own in a hotel room, wondering if I should just, go out and connect with people in a bar or something, and wondering if I had made the right choice coming by myself.

Luckily, that didn’t get to me, and I went to stay in a hostel in the same area. They had a rooftop bar, and by the second night, I had made friends with this great group of guys, and from then on, I was making friends left, right and centre. Anxiety is a terrible thing, and something I had always tried to conquer, and by throwing myself in the deep end, I did exactly that.

Travelling north from then, I have made so many great friends from all over the globe, and because of them I’ve had some amazing, unrepeatable experiences. I conquered so many fears: insects, the unknown, the ocean (although I do still have acrophobia pretty badly, but it didn’t stop me from sky diving in New Zealand). I was, quite literally, on top of the world.

Of course there were some low points, the main one being I had been severely underpaid by my previous employment, and was unable to go to the States like I was desperate to do. Also because of the rigidness of my schedule, I sometimes had to leave some great friends to go to the next place. But I don’t regret that those things happened, they were all important lessons.

So after all that and a year and a half later, what have I learned? Well, I guess you could say I learnt how to travel. But mostly, I learnt that the best part of travel is built upon connecting with people, and those connections are what lead to the best experiences. I learnt that if you put your mind to it, if you tell yourself that you want something more than anything, you can overcome anything. I guess I just learned that life is worth living, and I are worth living.

Travelling taught me that happiness isn’t in security, financial or otherwise, it’s about testing your limits, and I can’t help but wonder, would I still be here if I didn’t go? Of course, I try not to think like that anymore, because the point is I am still here, and so long as I am, there are limits to push, and there is happiness to be found.