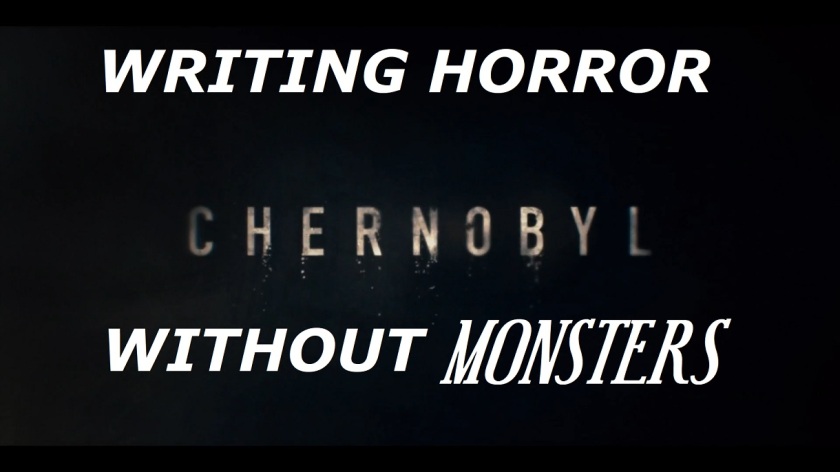 Hot on the heels of an ultimately, disappointing final series for HBO’s Game of Thrones, the miniseries Chernobyl  came out of nowhere for a great many people, and completely swept them away. Telling the all-too-true tale of the cataclysm that befall Pripyat in Soviet controlled Ukraine on the 26th of April, 1986, albeit in typical HBO fashion; high production values, a stellar cast and acting, and a brutal and unflinching commitment to realism.

Chernobyl does not try to tell the true story, instead creating characters or fictionalising slightly their story within the disaster, but instead tells us the story of the circumstances around it, and how fear and pride had ultimately culminated in such a ruinous and tragic event. The majority of the characters portrayed are of course based on real life scientists and politicians, but there are some who serve only to be surrogates for the audience, to allow us to see the horrific events unfold as they did during this tumultuous time. This down-to-earth and (for want of a better word, I promise) gritty outlook on the unfortunate disaster is what draws us in, feeding on our morbid curiosity, but giving us points of view from the engineers struggling to survive, to the confused firefighters desperately sacrificing their lives, to the politicians that put them in harms way in the first place, in a effort to sweep it all under the rug.

It’s a modern spectacle of television, it’s intriguing, it’s disturbing, it’s insightful, and in many places, downright terrifying. That’s what we are here to talk about, so if you’re intrigued but haven’t seen it yet, it might be worth a HBO subscription solely for the five hours of nail biting terror you have deprived yourself of, and beware of spoilers, but only for the first two episodes (I say spoilers, but this all actually happened).

The first episode of Chernobyl grabs you by the throat, and does not relent until the end of the fifth episode. It’s heart-pounding, terrifying stuff. The real life disaster in Pripyat has been fuelling Slavic fiction for over two decades, video games, movies and books, something horrific and mysterious seems to have perpetuated from the event. It’s no surprise, in hind-sight at least, then when watching it with my family, someone genuinely whimpered behind a pillow, expecting a monster to jump out in any second.

The person in question had no idea that the events had really happened, and expected something out of any generic sci-fi/post-apocalyptic flick. As the camera follows a group of desperate, panicking engineers in complete darkness or ominous red lights, as their skin begins to crisp and burn, slowly but surely, you could be forgiven for forgetting what you are even watching. The corridors are tight, the panic is palpable, and you urge the engineers internally to get to the bottom of the reactor, and stop this madness, but the earth shakes, and the facility crashes around them in thunderous echoes, and they have no choice but to push forward with their plight.

You can’t help but feel your heart beat a little faster, and you transfix your eyes to the screen, desperately willing these doomed men to fix the problem, and get out before a mutant tears them to shreds. Yet there are no mutants, no monsters or Omega Man cannibals. There is no threat you can determine, and yet the men on screen are physically deteriorating. They begin to cough up blood, their skin is reddening within seconds. Something is killing these characters we’ve only just met, and we can barely determine what it is.

Of course, we know what it is, it’s a nuclear reactor, and we’ve played Fallout or Stalker, or we’ve seen Threads or we’ve read YA post apocalyptic novels and their cash-grabbing adaptations. We’ve been conditioned to beware the long-term effects of radiation, and we know to fear the click-click-click of a Geiger counter, despite few of us ever coming into contact with either. Yet this is not long-term effects, like we’ve heard of; mutant new-borns and cancerous tumours developing in years. These men are dying before us, in a matter of minutes. The cinematography is chaotic, the cuts are frantic, and there is fear on every mans face. The fear of realisation.

The first episode is the basis of fear, it plays with expectations and conditions you with reality. Then it just ramps it up with each episode, again and again. The explosions tear the facility apart, men are killed, a helicopter falls out of the sky. We’ve seen the immediate effects, then the series plays with that, turns our fears malleable. Three men explore the flooded ruins, with a Geiger counting that runs so high, not only will it be the only diagetic noise you are focused on, turning a scant few minutes into what feels like an entire episode, it’ll be embedded into your sub-conscious as the credits roll. Characters we have seen before turn from happy, healthy and chipper, to grotesque, mutilated carcasses, horrific imagery that will stain your retinas for weeks to come. A desperate 60 second sprint on the clock to retrieve graphite is so tense, because the series took the time to build the gravity of the situation beforehand. We know the effects and terror better than the characters involved, but we are powerless to help them as they fumble into an inevitable fatal mistake.

The horror of Chernobyl could be argued as simply because it is about a very real, and very dangerous threat that occurred in our lifetime, and the ramifications if such an accident occurred a second time, let alone subsequently. From a writing perspective, however, it is the escalation. Audiences may be confused by the frenetic action and spectacle in the first few minutes, but the thought that something very, very bad is occurring, reverberates. The expectations are grounded in the beginning, and the following instalments take the fear and use it to fulfil mental, physical and spiritual phobias in varied ways.

A tragic accident begets a haunting and utterly unforgettable series.