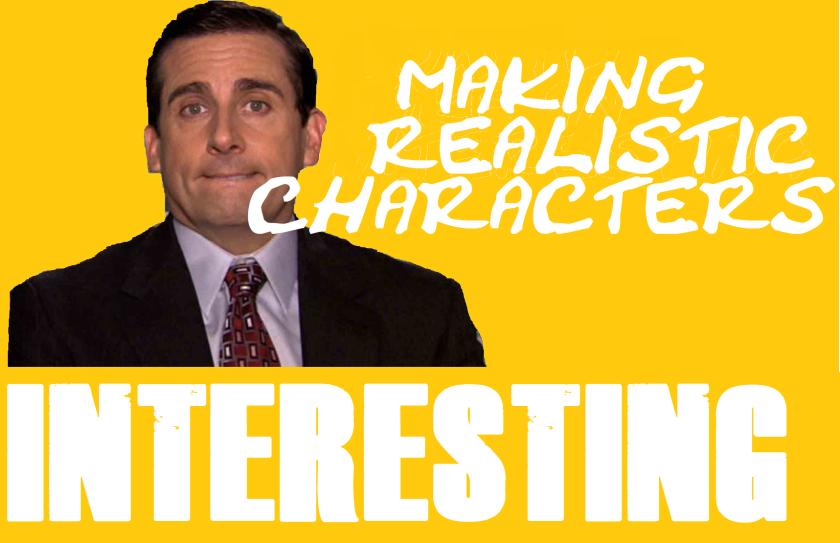 As I write this, we are in the midst of the Covid-crisis, and a large percentage of the entire world is confined to their houses, forbidden to leave. We are in a time of uncertainty, and death, and yet, there is light. There are many people suffering right now, and my heart will always go out to them, but on a microcosmic scale, individually, there are those of us who are unable to work and are stuck, waiting this out, but trying to make the best of a potentially horrible situation. And that is how I came to binge watch The Office for the first time.

The legacy of the long running sitcom is a curious thing. Obviously, those who like it, love it, but as an Englishman, it holds a different response. If I were to tell my friends and family that I was watching The Office, their eyes would light up, and they would prepare to tell me how much they love David Brent and Martin Freeman etc. Then you add that it’s “the US one”, and that grin disappears, and they retort with a look like they just caught you defecating on the Union Flag. That might sound extreme, but it’s genuinely the response I’ve been getting trying to get people to watch the show with me. You may be happy to know however, that I am thoroughly enjoying my time with the series, and that it far surpasses the British original in every regard.

The reason I bring this up, is that I find it’s management of characters very interesting. Within the fiction of the show, it’s supposed to be a documentary that takes place in an “ordinary” office, but of course, this is a sitcom, we can’t have an ordinary office.  I’ve spent many years in a few different offices, and I can’t think of a single interesting event or strange interaction that occurred in those years, let alone day in and day out, despite some concerns regarding who stunk out the toilets, and that’s not a concept for a sitcom I would ever like to entertain. The quirks my co-workers seemed to possess all related to secret alcoholism, and there are enough sitcoms about that.  This might all sound very obvious, why would we want to watch a series about boring people doing boring things? That isn’t why we watch TV, we want to escape, and to be entertained.

What interests me about The Office, is the contrast between the characters. On the one hand, we have our stand-out oddities, such as Michael Scott and his inappropriate nature and impulsive, child-like attitude to responsibilities, Dwight Schrute and his odd mix of rural Darwinism and strict militaristic nature, and several side characters like Meredith and Creed, who don’t pop-up often, but when they do, they always have a special, weird treat for us. Then there are the characters who grow progressively weirder, like Ryan, who begins as a dispassionate temp with no regard for the rest of the cast, but a taste for the high-life, or Jan, who goes from a high-ranking job at the company to become a single mother who sells candles. On the other side of these gradients, are the ‘straight-men’ arch-types, the voices of reason who exist for the weirder personalities to bounce off of, and to shine brighter. Immediately, we might think of Jim Halpert- who is often treated as the central character, and isn’t often given much of a personality beyond pranking Dwight and loving Pam. There are others though, Darryl the ambitious but reasonable foreman, and David Wallace, the CFO of the company.

Of course there are plenty of others, and these straight characters are written as actual humans, dealing with situations in ways that make sense. It highlights the utter strangeness of the large personalities in a compelling way, but it also highlights their own characteristics in a way that is fun to watch. If we had a room full of these straight-talking characters, there would be very little comedy of course. We need these characters to hold the reigns on the wilder characters, and we need the weird ones to bring the odd parts out of the straight-men’s personalities. Would we adhere to Jim Halpert if he didn’t have to respond to the nonsense he puts up with? Probably not.

But let’s move away from The Office, and talk about either side of the spectrum. Creating a zany, wild character can be fantastic for TV. The audience already has assumptions that this is for the sake of entertainment, and that’s endearing. We want escape, so we want to see crazy situations made worse by an already crazy character. The problem lies, mostly within TV, that these become tropes. Thy don’t retain their status as characters, they become known for a certain trait; the lazy one, the optimistic one, the nerdy one, the creepy one, and so on and so forth. While this simplifies characters, which can be occasionally imperative when dealing with a large cast, it’s just not how people are in reality. Within any group of friends, you might have some people who lean towards a certain attitude or interest, but that doesn’t always define them. People become friends because they share traits with each other, senses of humour and interests. It’s all too common in sit-coms for a group of ‘friends’ or colleagues to hang out with each other because the script calls for it, but they just don’t seem to like each other. It makes for great viewing, of course, a constant back and forth between characters, but I just can’t understand why they would put themselves into a situation like that when all they do is jibe at and insult. Many relationships are always going to be made of people poking fun and insulting each other, there’s always a defining bond between the parties, where they know it’s a joke and brush it off with a simple retort, but we don’t really see that in film and TV, sometimes it looks like they are all just hiding the fact they hate each other.

Trying to find a middle-ground will always be tricky, but that’s one of the fun parts about writing, finding the balance between two extremes. On the other side, we have characters who are too realistic to be interesting. When done wrong, these characters can lack anything exciting or definable about themselves, they just exist within a fictional world, and how is that different from us existing in this one? It won’t always make for an interesting watch, but we are occasionally drawn to celebrities and personalities in media, who aren’t always crazy and weird, they’re just people we are drawn to. That can be a challenge to implement, obviously as writers, we ideally want any and all characters to be endearing enough for everyone to love, but the audience are drawn to who they are drawn to, all we can do is just make sure we implement exactly what we want into each character, and make sure that shines through. Writing a realistic character can be a trap, a common mistake can be mimicking realistic conversation. While dialogue in films and TV will always have to be snappy, full of quick comebacks and witty retorts, actual conversation isn’t like that. As humans we have tendencies to “Umm” and “Err” when we talk, giving ourselves time to think. When you write this on a page, two characters having a conversation with plenty of stutters, this becomes a chore to read, and it can be seen as disjointed. Similarly is the space between sentences, we all have moments where we take a brief pause in conversation to contemplate what we will say next, and that differs greatly to actors who have memorised their lines and are simply waiting for their chance to speak.

A compromise can be made, although it might not be an easy task. The perfect balance between straight-man characters and the zany ones is a great start, but we can use our stories as a vessel to give these characters an ‘arc’, or an emotional journey. Sometimes the greatest moments in TV are when the straight-men crack and show a hidden bit of insanity, and when the crazier characters show some human depth. Have the characters learn from each other, and most importantly, their own mistakes, and we begin to see the true capacity of how these characters can truly exist. Another good ideal would be to make sure the characters are as multi-faceted as possible. Many of us have a single interest that is greater than our friends or families, someone out there knows more about Star Wars or dinosaurs or horticulture than you, but it’s not the only thing they will be interested in, and there should be a reason why people are drawn to each other, and not just because they work together. I know a lot of very interesting people in life, and I can guarantee that none of them are as crazy as Dwight Shcrute or Creed Bratton, and I think, sometimes, that’s something I would like to see more of in Television.

What do you think about the divide between interesting and realistic characters? Do you agree that there should be a balance, or should we strive for only crazy, zany characters in our shows? Let’s talk about it!