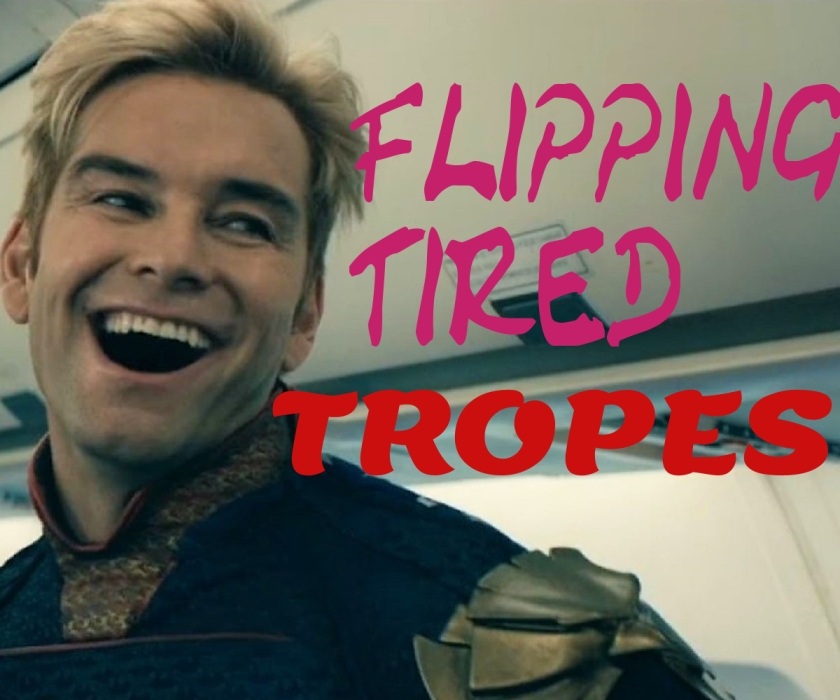 A while back I wrote about the struggle we all find as creators to make something new and deeply original. Our world now is so saturated with media content, creating something new can be a daunting process.

On the other-side, it can be fatiguing for us as an audience. We live in the age of Superhero media, and it’s prolonged success can mean problems for the people behind the films and those in front of the screen.

People no longer want to see the same origin films, over and over again, we are looking constantly for something fresh and exciting to stimulate us, but this means creators now have to throw anything and everything at the wall in order to find a balance. Super-hero movies now have to have edgy twists, be R-rated or mix with horror, to mixed success.

If we are looking for new and unique ways to tell stories, this isn’t the worst way to go around it. Take something that’s been done to death and put a new spin on it. What matters instead, is the intention behind it.

Take what’s popular and subvert it

To create something original, serious and profound, it makes sense to do your research and find out what is popular.

Of course, it’s easy to lose yourself in the sea of saturation. Taking what is popular simply because you want to be successful is how we get a deluge of superhero and vampire-romance films. The key, is to find a perspective that hasn’t been told before.

Every great superhero story needs a great villain, and the best way to display your villain is to give them their own point-of-view. Think The Dark Knight; would the world be nearly as captivated if we didn’t see the villains machinations behind the scenes? Of course not. This then spirals into the 2019 Joker movie, a juggernaut of a film with phenomenal performances and a stellar cast, but its genesis lies in its perspective.

If we take a story that is popular for its own certain reasons, and try to counter it by telling a story of someone opposite, then we get to new depths. A new perspective can also explore ramifications that are glossed over by other films. Think of the introductory scene that establishes The Vulture in Spiderman: Homecoming, or the comedy show Powerless, which depicts employees who work at Wayne Enterprises in the DC Universe.

Following on from subversion, an easy way to find a new perspective is to take said popular genre, and mash it together with a genre that appears almost opposite. There have been recent attempts at melding Superhero/horror, like Brightburn and New Mutants. That last one is an assumption, because I know no-one saw it.

Marvel have certainly used this to their advantage in recent years, not including comedy. Films like Captain America: Winter Soldier tend to give themselves a more grounded look, showing Superheroes as if they were truly in a real world, with morally grey allies and shadowy cabals.

It’s an interesting exercise for short stories; take as many genres as you can think of, put them into a hat (Or a bowl if you’re not fancy) and take two at a time, and attempt to write a story based on those two prompts.

The Marvel Noir series has been about for decades by this point, and despite a few misses, definitely has some highpoints, as well as showing the audience a perspective we haven’t seen before. It can really present itself to the audience when you choose two genres you actually adore, rather than just trying to squash two separate entities together. In Noir, it is visibly apparent that the writers and artists all love Noir films as much as they do the Superhero genre, and they allow that to ooze through it’s style, writing and atmosphere.

Just because two genres have never melded before, it doesn’t mean they should. It makes for a fun challenge, but if you’re desperate to show the world something new for the sake of it, this might not be the way. By picking two things we absolutely adore to read and see, we can let the passion and beauty of the art present itself to our audience.

An easy way to take the above approaches is to satirise the living hell out of your chosen subject. Take the original The Boys comics, and it’s spiritual-predecessor-of-sorts, Brat Pack. Both are dark, grim looks at not only the superhero genre, but the industry at the time. They both took a look at the way people idolised superheroes blindly, almost neglecting the fact that are supposed to be real humans, and even a heroic human can have a dark side. Where these comics both shine however is how they give a cursory glance to the people in the world who are affected by the actions of these characters; from innocent bystanders involved in collateral damage, to the superheroines who are exploited for their sexuality and down to the teenage sidekicks who are forced through mental and physical trauma to become the people’s ideas of ‘heroic’, existing only to make the hero look more heroic through their own suffering.

Satirising a popular genre works to shine light on previously ignored areas and perspectives, but often in a negative way. It’s a way of holding a mirror to your audience and asking them why they love what they love. It can be difficult to create satire that resonates with people at general. Most nowadays assume if you’re trying to satirise, you might be trying too hard to be edgy. Writing with that assumption carries the idea that you’re just trying to provoke a reaction, and once that is predicted, how can it be achieved by your audience? As always nuance, subtlety and respect are key here. Understand why these tropes and cliché’s exist, why they are used, and why you want to satirise them.

I’m grateful we live in a world where we can practically never be bored; there is always something new to experience every day, and it is now more accessible than ever. As a creator however, we often have to jump through hoops to avoid the dreaded “Huh, that idea kind of sounds like “______”” when we tell someone about our new pitch for a story. As these things exist, and are prevalent, so too to do ways to counter them and find ways around them. It creates new and exciting challenges for us in order to create media that we want people to adore, and that is what makes writing such a wonderful endeavour.

What are your favourite tropes and cliché’s, and how do you enjoy twisting them into something original? Let’s talk about it!